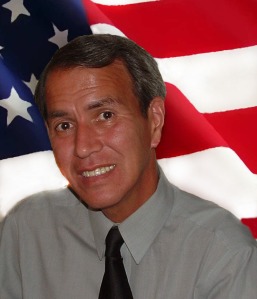 “There are more than one million unaffiliated voters in Colorado, and there is one man who feels strongly that these voices have the ultimate power to stop the insanity that has become Colorado politics. You’ve probably never heard of him, and Democrats and Republicans alike would like to keep it that way. So, if you are one of the 1,109,124 unaffiliated voters in Colorado… Pull up a chair, and meet Charley Miller.”*
*Joseph Munley, Interview with Charley Miller, http://asofm.wordpress.com/2010/08/08/stop-the-insanity/ (Tenn. 8.6.2010)

Charley is the best of what Colorado and America has to offer.

He’s what we need to fight for the people of Colorado and to stop the insanity that’s going on in politics with the current two-party system and the resulting bickering and gridlocks.

As the Unaffiliated US Senator, Charley will bring the best from both parties without being tied to any party leadership or control. Because of this, he is able to think and act independently in the best interest of the people of Colorado.

Charley has personally met with thousands and thousands of people and has listened to their concerns and issues. He understands the need to take action and is ready to fight on the Senate floor and in the middle of the aisle to resolve the urgent issues we are facing. He is passionate about serving the people and making a difference.

√ Here’s the key issues. Charley will fight for:

As an Unaffiliated Senator, Charley will bridge the gap between the two-parties and help them work together and not against each other. He will bring back the focus of listening to the people and not detouring issues with party politics. The Two Parties can not do this. This is where we design our children s future, wake up its the 21st century, the two parties are broken and I can fix that.

Out-of-control spending, failed stimulus plans and reforms, and government bail outs has left us with trillions of dollars in debt and it’s destroying the creation of jobs. Charley will fight to provide credits and incentives, without raising taxes, for businesses to enable them to create full time jobs. Most of all, he will focus on fraud, waste and abuses, like illegal immigration. This is where we balance the budget within four years. I can be the one to  help fix the economic mess, we must now!

Charley will fight to end the bailouts and the out-of- control spending, bring back fiscal responsibility, accountability, and strong illegal immigration controls. Most of all, our seniors, our schools, our children and even our unemployed are off-limits to cuts. This is “Saving the USA” , where we begin the process of reducing the debt. Fraud, abuse, waste, mismanagement across all boards, lower costs.

Listen! Pay Attention: The Rest of America know we must Vote Unaffiliated!

Most agree, the Buck N’ Bennet show is not the answer. “STOP THE INSANITY” the definition of insanity is doing the same thing over and over again, expecting different results. As November nears, voters turn backs on both parties: “What happens if they hold an election in which voters don’t like either of their choices?” http://huff.to/aVazLi as reprinted by the Washington Post.

<Paid for by charleymiller2010 and authorized by Charley Miller (Thats ME!)